We hope everyone had a fantastic Thanksgiving holiday! We ended our holiday weekend with two wonderful weddings. First up is Tricia and Justin’s wedding, their ceremony was held at St. Mark’s Episcopal Church and the reception was held at the Down Town Club. Their wedding colors were aubergine and champagne and they had some great details throughout their wedding. The one we wanted to show off right now was their wishing tree! Petals Lane provided the couple with it and there were four different types of cards to write on, it was a huge hit! A big thanks to Synergetic Sounds for putting a pinspot on the tree that brought a lot of attention to it. 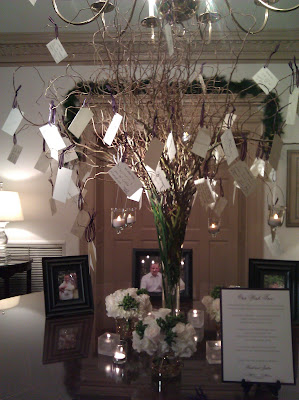 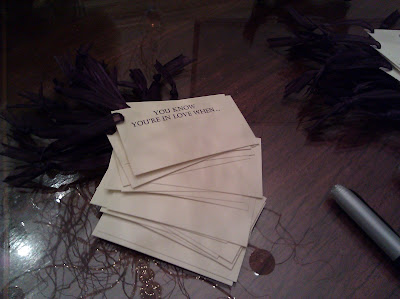 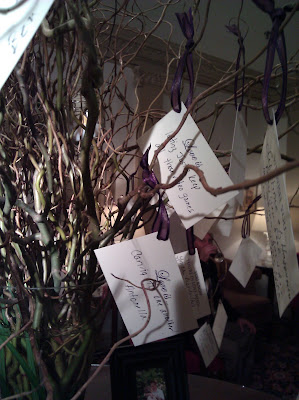 Barbara and Rob’s wedding was on Saturday at Washington Memorial Chapel followed by their reception at The Desmond Hotel. They had a light Christmas theme to their wedding, naming their tables after the 12 days of Christmas and using Erin’s sleigh cake stand. Instead of a traditional guestbook, they had all of their guests sign tiles that they are going to frame a mirror with. The tartan plaid linen the tiles were placed on were a nod to Rob’s Scottish roots. 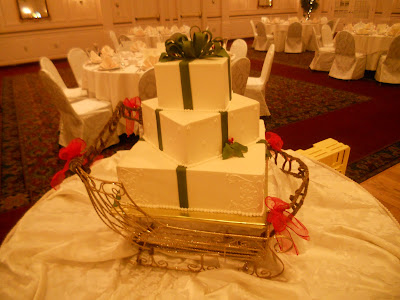 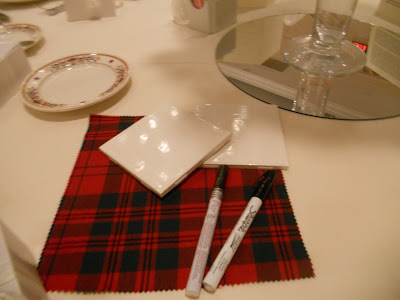 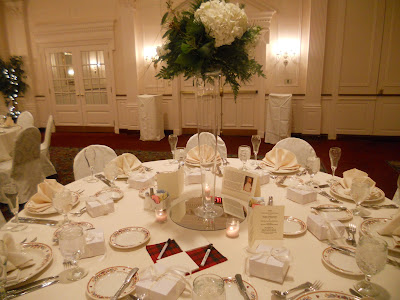